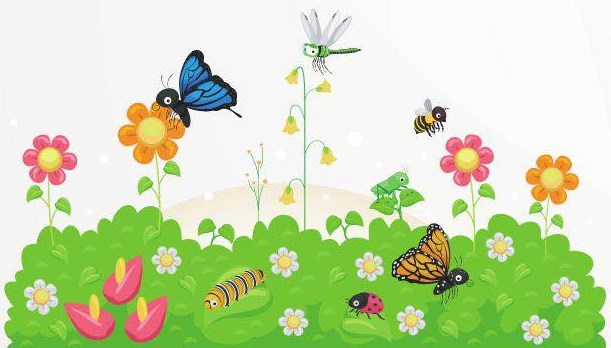 Here is some great information from a survey that Mother Earth News did to learn more about what works, and doesn’t when it comes to limiting insect damage in organic vegetable gardens. They had 1300 gardeners from across the United States respond, so is pretty good. I’ve included 7 of the top garden pests and info:

1) SLUGS– took top honors as the most bothersome pest in home gardens, with 55 percent of respondents saying the slimy critters give them trouble year after year. Handpicking was highly rated as a control measure (87 percent success rate), followed by iron phosphate baits (86 percent) and diatomaceous earth (84 percent). Opinion was divided on eggshell barriers (crushed eggshells sprinkled around plants), with a 33 percent failure rate among gardeners who had tried that slug control method. An easy home remedy that received widespread support was beer traps (80 percent success rate).

2) SQUASH BUGS– had sabotaged summer and winter squash for 51 percent of respondents, and even ducks couldn’t solve a serious squash bug problem. Most gardeners reported using handpicking as their primary defense, along with cleaning up infested plants at the season’s end to interrupt the squash bug life cycle. The value of companion planting for squash bug management was a point of disagreement for respondents, with 21 percent saying it’s the best control method and 34 percent saying it doesn’t help. Of the gardeners who had tried it, 79 percent said spraying neem on egg clusters and juvenile squash bugs is helpful. About 74 percent of row cover users found them useful in managing squash bugs.

3) APHIDS– were on the watch list of 50 percent of respondents, but the success rates of various control techniques were quite high. Active interventions, including pruning off the affected plant parts and applying insecticidal soap, were reported effective, but so were more passive methods, such as attracting beneficial insects by planting flowers and herbs. Several readers noted the ability of sweet alyssum and other flowers to attract hoverflies, which eat aphids. “We attract a lot of beneficial insects by planting carefree flowers in the vegetable garden, including calendula, borage, zinnias, cosmos and nasturtiums” (Midwest, more than 20 years of experience).

4) SQUASH VINE BORERS– had caused problems for 47 percent of the survey respondents. The best reported control methods were crop rotation and growing resistant varieties of Cucurbita moschata, which includes butternut squash and a few varieties of pumpkin. The C. moschata varieties are borer-resistant because they have solid stems. Interestingly, if you’re attempting to fend off squash vine borers, lanky, long-vined, open-pollinated varieties of summer squash (zucchini and yellow crookneck, for example) may fare better than hybrids, because OP varieties are more likely to develop supplemental roots where the vines touch the ground. Many gardeners dump soil over these places, so if squash vine borers attack a plant’s main stem, the plant can keep on growing from its backup root system.

6) TOMATO HORNWORMS– were of concern to 42 percent of our survey respondents. Bt and handpicking were the preferred control methods, and several folks commented that tomato hornworms are among the easiest garden pests to handpick (probably because they’re large, easy to spot, and produce a telltale, pebbly trail). Many gardeners reported seeing tomato hornworms often covered with rice-like cocoons of parasitic braconid wasps. “I had a lot of tomato hornworms this year, but the wasps took them out! Just like in the photos online and in bug books!” (Mid-Atlantic, more than 20 years of experience). Gardeners named zinnias and borage as good companion plants for reducing hornworm problems.

7) CUTWORMS– were a concern for 41 percent of respondents, and effectiveness ratings for using rigid collars (made from plastic drinking cups or cardboard tissue rolls) to protect young seedlings from damage were amazingly high (93 percent effectiveness rating). A common practice to reduce cutworm damage is to cultivate the soil’s surface once or twice before planting and hope robins and other bug-eating birds will swoop in to gather the juicy cutworms. Big, sturdy seedlings are naturally resistant to cutworms, so many gardeners said they set out seedlings a bit late to avoid cutworm damage.